While this is definitely something different, it’s the Mud Marrow.

That’s what it’s called mud marrow yep so for the honky Tonk, whichever one you want to call it.
We found this amazing video on Youtube Hoonigan Autofocus:

First of all, what’s your name?

My name is Chris Hyman.
Where are you from? I’m from Oliver’s California. You brought the mud marrow, I don’t even know like when I saw it. I didn’t even know what to think about it. it’s just so crazy like you see it from afar and it kind of looks like junk. But when you look up close, you’ve actually put a lot of thought into this thing. , oh , it’s only a 30 day build, That’s it okay. So this seems to be the trend here with a lot of these LFS cars. We got these 30-day builds. Maybe two months build. Sometimes two weeks build and then even less. I took 30 days, but I’m giving it before it’s been given a four-year beatdown. So far it’s been holding together, I broke an axle and a rear diff one time, they’re, just done 20 diffs, it’s a Humvee, h1 chassis. So That’s what it is! Okay. So where did you get this rear-wheel steering?

Did you make this yourself?

The Humvees actually come universal all the way around the front hub and the a-arms are the same as the back, so it was as simple as just taking a tie, rod out and putting a PSC rear steer kit for like a Rockwell steering axle. This is like a thousand bucks, huh , That’s all Humvee stuff, and then just this this I made a little plate that goes on the bulkhead right here and then this rear Ram, the steering ramp just is welded to the bulkhead, and then you got the joystick In the middle right here that you turn left or right what , so that and That’s the thing, is the Humvees come stock with this hub? You know it gives you how more much , because they make it to the front and the upper and the lower ball joint is the same in the front in the rear, so the actual hub and the spindle and it’s actually gear reductive box right here.

When it’s going forward, the axles are going in Reverse.

So what is that call portal axle or lacks ? So you get a lot extra ground clearance and also it kind of saves. The transmission yep, it’s the actual gearing in its 273. But after the portal axles themselves, they get reduct at 50 %, Wow . That is just amazing. I do like an Atlas rock crawler style transfer case in it, so you can do front wheel only and do front digs just spin. The front tires off. If you want, or you can do like a low rear and have just the rear tires or you do four-wheel steer, four-wheel drive, smoke show donuts, feels like the Apple riding affair is what it feels like every road that the Apple riding affair that You grab the wheel, , That’s what it feels like in this. When you’re done you, oh you’re, all dizzy: my goodness just I don’t. Even it just looks so cool.

What do you actually use this for?

Do you just I actually built it for mudbugs I’ve got a fair. That’s at my house. it’s a mud, bogs, Fair and then I do some side-by-side drag racing in the mud with it and That’s what I originally built it for. So it does have a lot of power, then huh, probably maybe like 650 or something it’s a CBM ls1 with a 76-millimeter precision turbo with a hunter shot of nitrous. What it’s on the shifter player, Oh, my god, you can hear it that is just what’s cool about it is it’s has form, but it’s all function, Oh, what the heck that is just too cool. You did everything yourself. You did everything I myself yep. If you notice have you noticed the engine is actually offset to the left-hand side, because I centered the front diff to make it a call rear axles. It takes all three axles instead of like stock front Humvees the pumpkins offset.

So you have three different lengths.

The axles you got ones in the back that are mid-length, one short one in the front and one long one in the front, but one chassis. It was cheap on Craigslist. The mud pits that I deal with are really deep. So I didn’t want to do a solid axle because it hangs down pretty far so with the independent front and rear. It gives me more ground clearance. What an amazing build I mean it really is kind of like. Has that Mad Max feel? Let’s do it do it a budget? That’s for sure it runs off 2 dollar gallon e85 fuel everything on it. Pretty much came on.

Craigslist is the source.

If you don’t mind me asking how much do you think it cost to build this thing, I’m probably in this thing Mike, maybe 10 grand That’s it ten grand, the fret, the body was fifty bucks and then the chassis itself was 1811 chassis. it’s all like a bunch of junkyard parts, but you kind of made something really special with it I just kind of like find all the parts and pieces you need to make the puzzle. You know, as in my head already built, I just had to put it together, find the right pieces go on scavenging hunts, so you mind: if I get a ride in it you take it right in it is all right. You want to go all right.

This thing is insane.

I need to get a paint job someday, no leave it is like this. This is cool. You couldn’t even recreate this. If you wanted to you couldn’t – and the funny thing is, the body in the fenders came from two different separate places: it’s almost the same color. What the heck look at that big old nitrous bottle, and we got a little nitrous onboard hole. Well, you could feel it. I can actually feel it when you’re turning up the back wheel, whoa feels like you’re drifting. It feels so weird because we’re sideways, and we’re moving straight he’s steering the rear right here. Unbelievable there is mud everywhere, , it’s its used and abused, That’s for sure! Well, That’s what you build it for.

This is so cool. Look at this guy seriously!

It’s for my kids back there they ride in it how many speed transmissions a three-speed, remote water? it’s like a trophy truck. That sounds so crazy. Thank you so much for showing this no problem. Bro. This is the windshield wipers and the spray, or to this case we see in my pin, we might have their road. All fall. Fall, fall, fall, fall! You mind if we pull it up into the dirt over there, so you get some pictures in the video, . Okay, this is so crazy you can take a picture of it. Dude that thing is unreal, is so fast. Look at this thing he’s crawling all over the place. How cool is this thing?
How cool is this? It’s seriously laid down perfect black marks when he Florida, I mean it accelerates fast, so cool. The transfer case is like three two one. So it’s gear reducted in the transfer case as well as the axles. It’s basically a monster truck.
It’s like a little mini monster truck.
Source: Youtube Hoonigan Autofocus 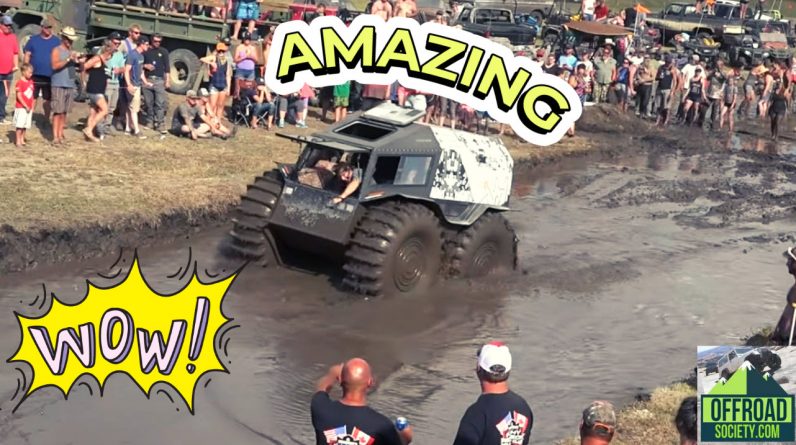