Ford Released The New Everest 4×4 3.2L Titanium AT – Made in Thailand For this new 2016 Ford Everest brand new edition, everything was created from a blank sheet. The new versions is definitely more mature with loads of driving assistance feature and it is much more comfortable than the previous version.   Our Philippine’s […]

Ford Released The New Everest 4×4 3.2L Titanium AT – Made in Thailand For this new 2016 Ford Everest brand new edition, everything was created from a blank sheet. The new versions is definitely more mature with loads of driving assistance feature and it is much more comfortable than the previous version.   Our Philippine’s […]

Ford Released The New Everest 4×4 3.2L Titanium AT – Made in Thailand

For this new 2016 Ford Everest brand new edition, everything was created from a blank sheet. The new versions is definitely more mature with loads of driving assistance feature and it is much more comfortable than the previous version.

Our Philippine’s friends did a full review and I must say I’m impressed with this new Ford Ranger. 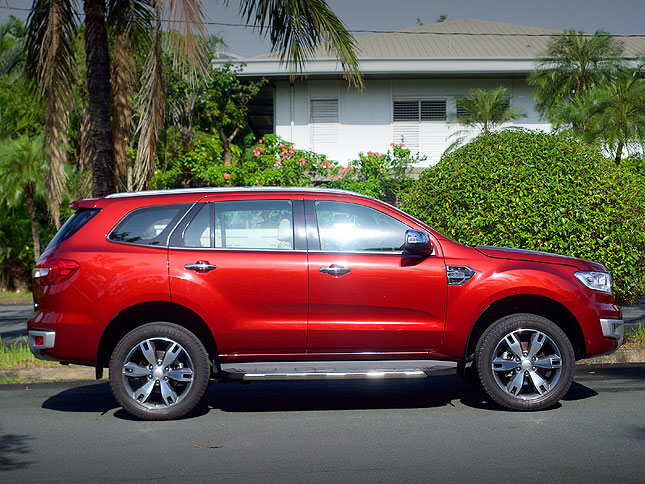 The Everest is a handsome beast. Up front, the SUV bears the new Ford corporate grille proudly, as if it’s making sure you know exactly what brand this vehicle belongs to. It has a muscular yet agile look to it, when checked out from the side–from the angular pillars to the 20-inch alloy wheels. With the new Everest, the designers struck a balance between appearing outwardly aggressive and looking relatively compact despite its size. 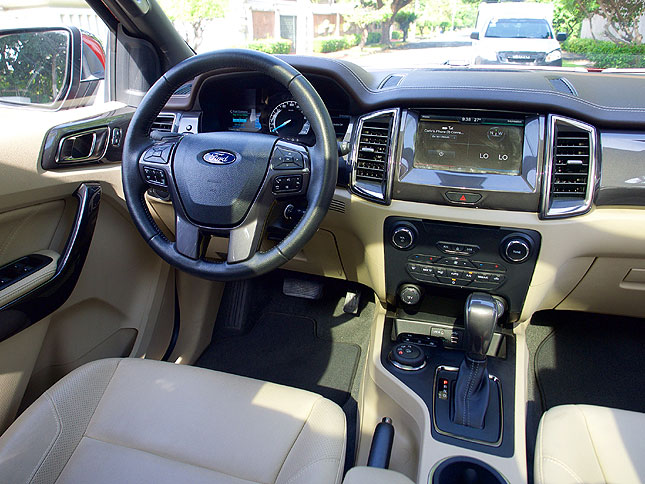 The cabin is genuinely impressive, and is head and shoulders above everything else in this class. The materials used are all soft to the touch, and this softness lends an air of sophistication to an already impressive interior. Speaking of air, a great view of the sky comes courtesy of the awesome panoramic sunroof extending to the second row.

Sit on the supple and supportive electrically adjustable leather seats, and the large screens in the gauge cluster and the center console bathe you in a warm glow. The steering wheel and the shifter both feel soft and grippy to the fingers. Save for the tacky “Everest” logo in front of the front passenger, the interior is scarily good for the price you pay.

And just how good is it? We had the chance to drive the all-new Expedition earlier this year, and we could not find any significant difference in the feel of both SUVs. The similarity in feel, fit and finish between this–one of the “cheaper” SUVs–and the top-of-the-line SUV in Ford’s Philippine-market lineup is the clearest embodiment yet of the “One Ford” philosophy. 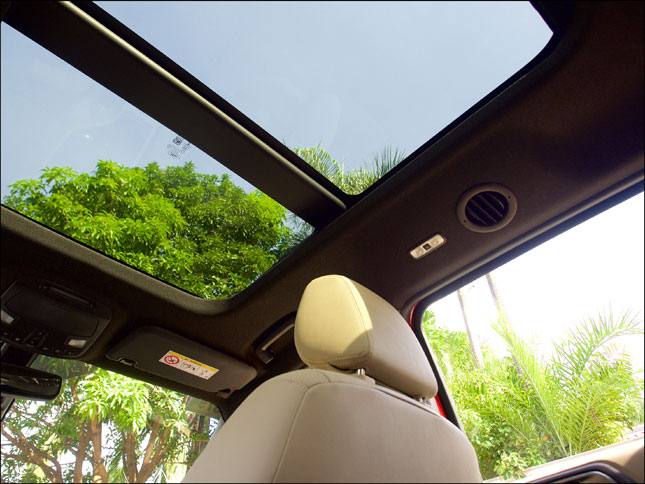 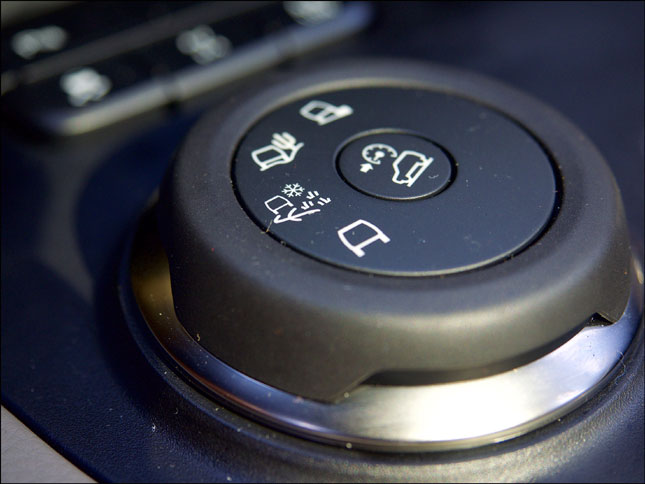 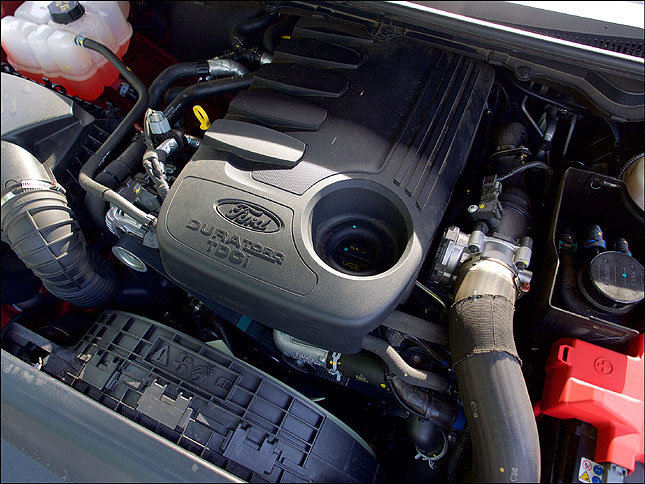 Power never feels lacking, and the torque from the 3.2-liter five-cylinder turbodiesel is powerful for any situation. Well-mated to a six-speed automatic transmission, the 197hp and 470Nm engine produces power on demand with no turbo lag or hesitation. The Everest actually feels nimble due to the torque, and it makes short work of any overtaking maneuvers you ask of it.

In our time with the SUV, we averaged 6.94km/L in mostly city driving with the occasional highway jaunt. It’s a respectable number, given the immense torque available to the driver and the terrible traffic during the holiday season. 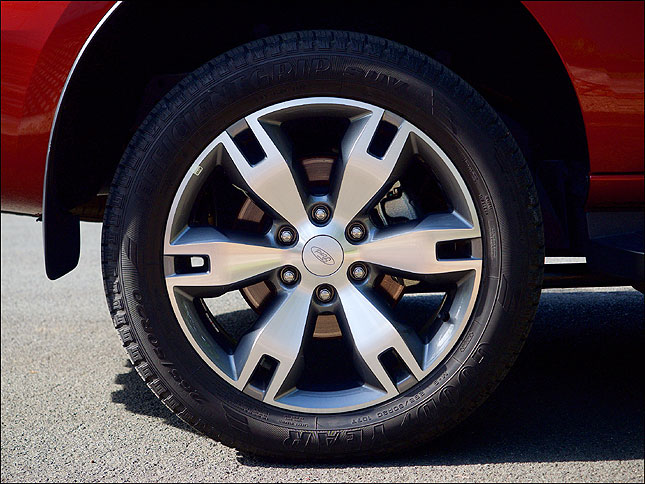 The new Everest handles much smaller than the size would have you believe. As we were driving it, it constantly felt we were in a much more compact vehicle. It doesn’t hurt that the steering is overly assisted when crawling along parking lots. That, combined with the extremely tight (for its size) turning radius and the rearview camera, made parking absolutely breezy.

Upon gaining some speed, the steering clearly firms up, and despite the lack of road feel, the Everest handles well at a fast clip. Body roll and body dive are both controlled well during cornering and braking.

This midsize SUV handles the muddy and rocky terrain with aplomb. Ride height is good, and the suspension soaks up the bumps like a duck takes to water. Overall, the Everest is great both on and off the road.

This Ford comes with so many toys you’d think it’s Christmas every day. From the eight-inch TFT touchscreen controlling your phone, audio system and air-conditioning, to the automatic headlamps and wipers, the Everest has more than what its competitors offer (and then some).

Certain features make the vehicle easier to handle while driving. A blind spot monitoring system alerts you of cars entering your, er, blind spots while driving, even catching the occasional motorcyclist weaving through traffic. The rear camera and the rear cross-traffic alert system both help make parking a safer affair, with the RCTA saving us more times than we would care to admit.

This midsize SUV also has the first radar-guided cruise control we’ve had the opportunity to try in the Philippines. Once you set your speed, it achieves the pace, but if any car cuts into your lane or if traffic builds up, the Everest will automatically slow down and match the speed of the vehicle in front. Once the car speeds up or traffic lightens, it will accelerate again to the set speed. During our test period, we drove from Ortigas to Makati along EDSA, and needed to hit the brakes only three times when we felt that the SUV wouldn’t stop in time. Is it perfect? No. Is it cool as heck? Oh yeah!

This is the only vehicle we have seen at this price point with Land Rover-esque terrain control system built-in. All you need to do is select the type of terrain–snow (as if), mud, rocks–and the car will do the rest. All you have to do is hang on for the ride.

Some features–like headlamps that automatically shut off the high beam when it senses an oncoming car–are lifted straight out of luxury cars. The only features we found missing were GPS and a smart key system. But these are tiny omissions in what has to be one of the best-equipped SUVs sold in our market today regardless of price point.

While the two lumbering giants slept and geared up for their respective arrivals, Ford launched a surprise attack that caught the two Japanese brands–and us–by surprise. It is one of the most loaded SUVs on the market, and is truly the first of the new generation of midsize diesel SUVs.

It’s so far ahead of the current crop that we are genuinely excited to see just how Toyota and Mitsubishi will respond. Until then, the Everest has won the first battle of this war.

All in all this new Ford Everest is pretty impressive.

Before you go check out one of these posts! 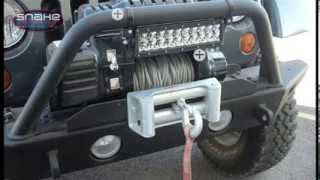 Find Out Which Light is Right for Your 4x4 | LED, HID or Hallogen? 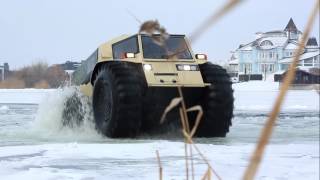 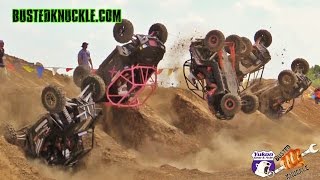 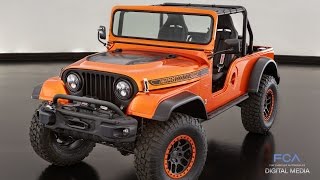 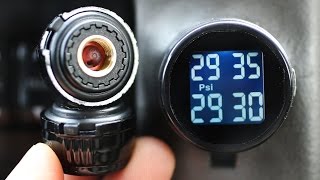 What Every Motorist Ought to Learn about Tires 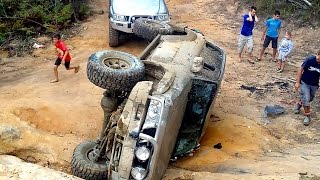 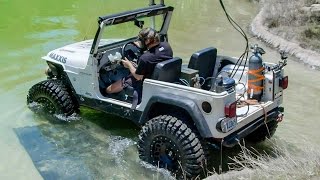